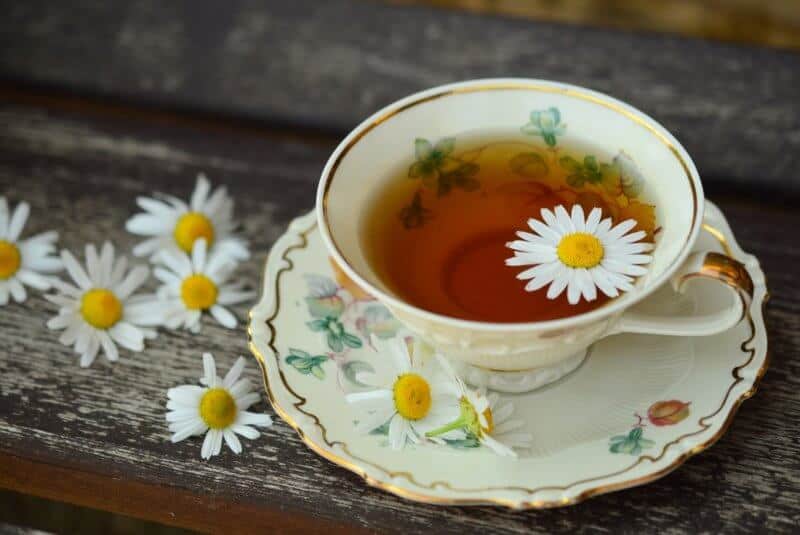 Did you know that you can now find tea in almost 8 in every 10 U.S. households? Or that every single day, 159 million Americans drink this aromatic beverage?

After all, tea drinking is one of the best, not to mention delicious ways to start your morning. More than that, research has proven that tea brings exceptional health benefits.

What exactly are the benefits of drinking tea every day though? Why should you adopt the habit of sipping it in the morning, in the afternoon, or even before bed?

That’s exactly what we’ll cover in this post, so be sure to keep reading!

Excessive levels of free radicals in the body can damage the cells in the body. Left alone, these “uncharged molecules” can lead to a multitude of health problems. These include diabetes, atherosclerosis, high blood pressure, and cancer among many others.

Antioxidants appear to negate these damages by stabilizing free radicals. At the same time, they help prevent the formation of more free radicals.

Teas, such as green and black tea, contain loads of these antioxidants in the form of polyphenols. In fact, teas can have up to 10 times more antioxidant content than fruits and vegetables.

2. Fires Up Your Energy Levels

Drinking coffee and tea is a great way to give your senses a jolt in the morning. That energy boost comes from their caffeine content, which is a natural stimulant.

Caffeine stimulates your brain by blocking the neurotransmitter called adenosine. This then leads to an increase in other neurotransmitters, such as dopamine, in the body.

Ultimately, this process enhances the firing of neurons in your system. It’s in this way that caffeine causes a rise in your energy levels.

3. Energy Boost without the Jitters

Granted, coffee has shown to have a more potent antioxidant activity than tea. However, it also has a much higher caffeine content than tea.

That’s why you can’t rely on coffee alone for your daily dose of antioxidants-in-a-drink. Go full-on with coffee, and it can trigger your jumpiness and make you jittery.

Whereas tea has less caffeine, but still has loads of antioxidants. For instance, a cup of black tea has only around 25 to 48 mg of the stimulant. An 8-ounce cup of brewed green tea has about 25 to 29 mg of caffeine.

That said, the caffeine in tea can still be enough to give you an energy boost. But unlike coffee, it doesn’t have too much caffeine that can mess with your adrenaline levels. Meaning, you can sip it all day long without worrying about caffeine jitters.

4. A Delicious Way to Relieve Stress

You know how in movies when someone feels stressed or has been crying, someone offers them a cup of tea? Well, there’s science behind it, and it’s not only the plant’s aroma that can help lower stress levels.

Tea contains an amino acid called L-theanine that has a soothing and relaxing effect on the mind. One study found that black tea helped bring down cortisol levels in stressed patients by as much as 47%.

Plus, tea doesn’t induce drowsiness since it has caffeine. So, if you’re looking to lower your stress levels while still staying alert, reach out for a cup of tea. The act itself of tea making can already be therapeutic.

Drinking green tea in the morning, or any other tea for that matter can help make you smarter. This amazing benefit comes from the mix of L-theanine and caffeine in tea.

As mentioned above, caffeine helps increase the levels of dopamine in the body. L-theanine has the same effect, plus it triggers the brain to produce more alpha waves. The combination of these effects helps boost brain function, particularly memory and focus.

Another of the benefits of drinking tea in the morning, be it black or green tea, is a reduced cancer risk. This is again due to the teas’ polyphenol or antioxidant content.

A study of green tea, in particular, found that it may help keep esophageal and lung cancers at bay. Moreover, green tea has shown to have an inhibiting effect on the development of some types of tumors.

7. May Help Keep Your Weight in Check

Look at the ingredient list of fat burning supplements, and chances are, you’ll see green tea in it.

One reason is that studies have found this type of tea to raise the body’s metabolic rate. At the same time, it enhances the body’s fat-burning abilities.

In layman’s terms, this means that tea may help complement your weight loss goals. Of course, you still need to eat healthy all day and remain active to stay fit and keep your weight in check.

The bioactive compounds in tea may help prevent your memory from diminishing. The plants’ active ingredients have shown to prevent the development of Alzheimer’s disease. It may also help reduce your risks of Parkinson’s disease.

Teas are also full of catechins, another type of disease-fighting antioxidant.

These may help hinder bacterial growth, which can then lower your risk of infections.

Make Tea Your Next Favorite Drink

There you have it, all the good things that you can enjoy when you pick up the habit of tea drinking. From being a “tamer” source of energy to keep your memory sharp, there’s a lot of benefits of drinking tea. So, as soon as you finish reading this article, be sure to get yourself a cup of brew.

Ready to get your daily dose of antioxidants in a cup delivered straight to your doorstep? Then be sure to ring us up now so you can order quality teas, coffees, and even all-day meals!